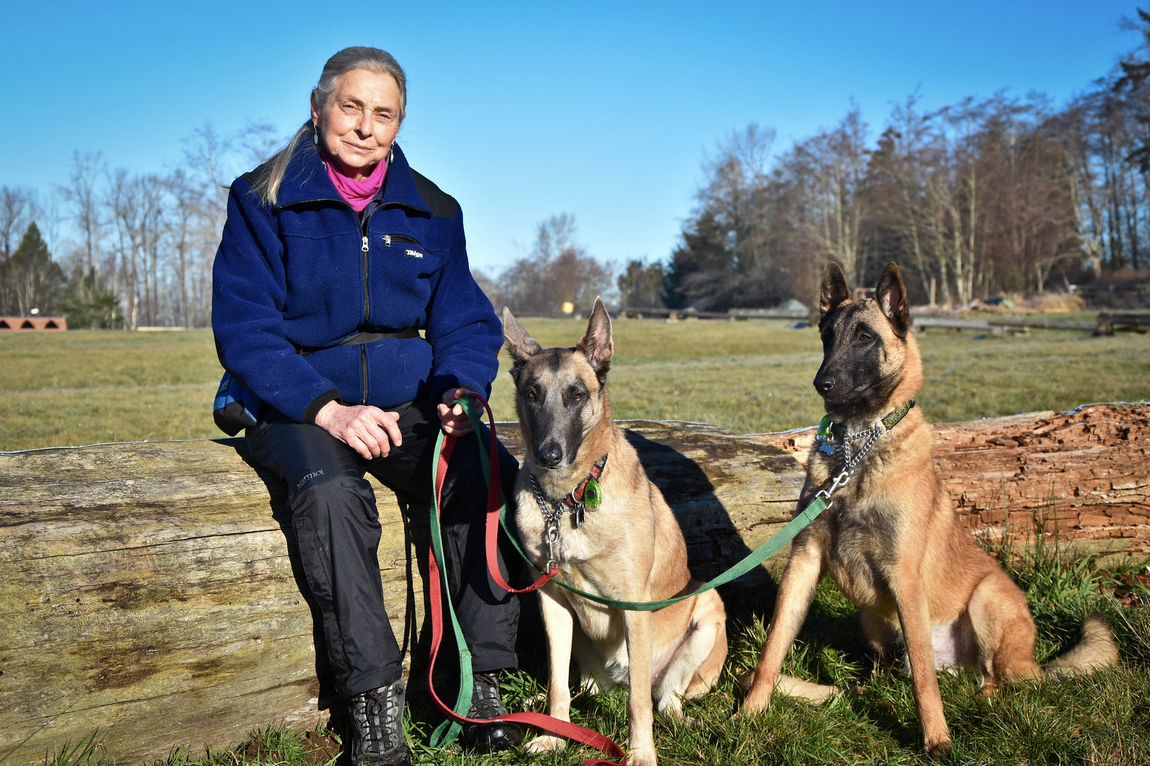 Laurel has been working alongside Maureen since 2008 paving the way forward in Canadian Kennel Club and American Kennel Club Tracking. Laurel worked her own Malinois, Raven (March 16, 2006-June 7, 2015) to a Championship level with the CKC , as well as field tracking championship with the AKC, and her other Malinois, Magic to a CKC and AKC TD and a CKC UTD. Laurel assists with coaching and administration for the club members.
With her added experience in odor detection, she has become our key instructor for our Fun Search Odor Detection Classes.
Laurel has many years of experience as a schoolteacher and counselor to bring with her into dog training.
Laurel is presently owned by her Malinois Magic and a new Malinois Puppy, Sage.