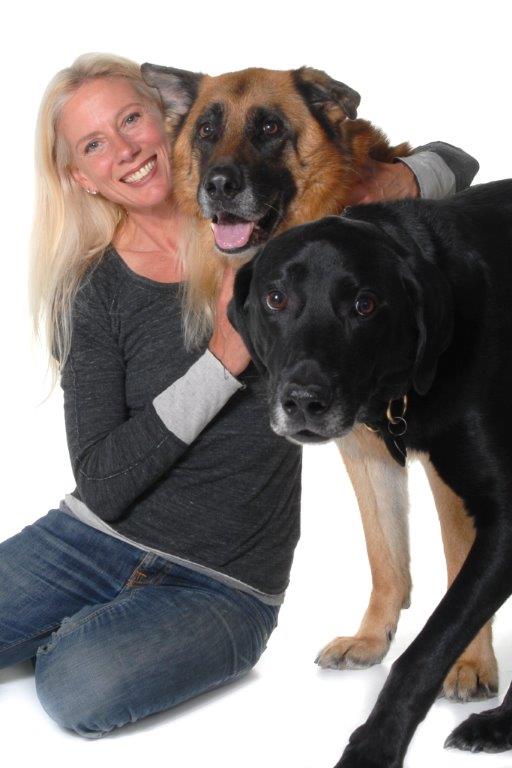 Maureen Fielding owns and operates K9 Leadership Training. Maureen was initially trained as an apprentice with Joan Klucha of K9 Kinship in 2005, and took over the North Shore for Joan as K9 Leadership when Joan moved out to the valley to train. Since 2008, K9 Leadership has grown to a much larger tracking program and added scent work classes, as well as an expanded obedience and engagement program.

Maureen has immersed herself in many styles of training through regularly attending seminars and workshops to expand her knowledge and skills. She is an avid follower of Ken Ramirez, completing the coveted ‘Training for Professionals- Across Species’ course at ‘The Ranch’ the Karen Prior National Training Center in August 2019. She has attended numerous seminars from some of the world’s most respected trainers; Dr. Ian Dunbar, Brenda Aloff, Nicole Wilde, Michelle Pouliot, Fanny Gott, Roger Abrantes, as well as the myriad of well known trainers present at Clicker Expo 2018 and 2020. She has fond memories of attending a two week training camp in India with world famous British Dog Behaviorist John Rogerson in 2013, treasuring the friendships with colleagues that were kindled there. She adapts her collective knowledge from the last 15 years of experience into her private consultations and training programs.

In 2018 Maureen became a CKC Tracking Judge after 15 years of specializing in teaching all levels of tracking, including wilderness, field, urban, CKC and AKC tracking for trials. Her own GSD, Orrin von Bullinger (July 25, 2002-Jun 11th 2015) has a Champion Tracker (CT) title with the AKC, as well as Tracking Champion TCH with the CKC. Her GSD , GSP X Griffin is the first Mixed Breed Champion Tracker in the AKC as well as the CKC, a TDX with the Mixed Breed Dog Club of America and ASCA, and has 2 successful live lost dog rescues. Her students are very successful and have accumulated a total of 200 tracking titles from 2014-2020. She is an avid follower of Sil Sanders, with an active support of his new book Modern Enthusiastic Tracking, and is often seen mentoring at his seminars. She has attended numerous other tracking seminars in B.C. and in the USA, including Donna Brinkworth, Steve Ripley, and Ed Presnall, as well as European IPO masters Bernd Fory and Melanie Krueger, and a search and rescue tracking seminar with Deborah Palman of Maine K9 Services.

Currently she is training the 3 dog task force for North Shore Rescue and other members of BCSDA in tracking for their upcoming validation from the RCMP in 2021. With assistance from long time friend and mentor RCMP Dog Handler Sgt. Dave Whalen, she is training in the technique with her new (borrowed) partner Hugo, a culled out German Shepherd RCMP dog.

Maureen is well versed in odour detection, with Griffin working at a Nose Work Level 3 Title with the NACSW. She is also aspiring to create a team of Disaster Search Dogs through the Extensive Area Search program.